When Maayan Sherris launched her label, Sherris, back in 2016— then going by the name Babes and Bathers—people started wearing the eye-catching swimwear beyond the beach. The patchwork swimsuit tops and bottoms, along with their lettuce seams, count cool-girl Lourdes Leon and Addison Rae as fans. The latter wore an off-the-shoulder blue and green top in a TikTok video, showing off the look to her 71.5 million fans. While unintentional, the brand’s funky swimwear-as-daywear made sense. The colorful tanks and long-sleeve tops are made to be layered and provide coverage. As a result, they look just as good styled with faded jeans and shorts as with a pair of bikini bottoms. (The pieces are easy to wash too.) So for Sherris, creating the same kind of tops as knits was a natural progression from swimwear. “I wanted something that stretches still and was colorful,” she says. 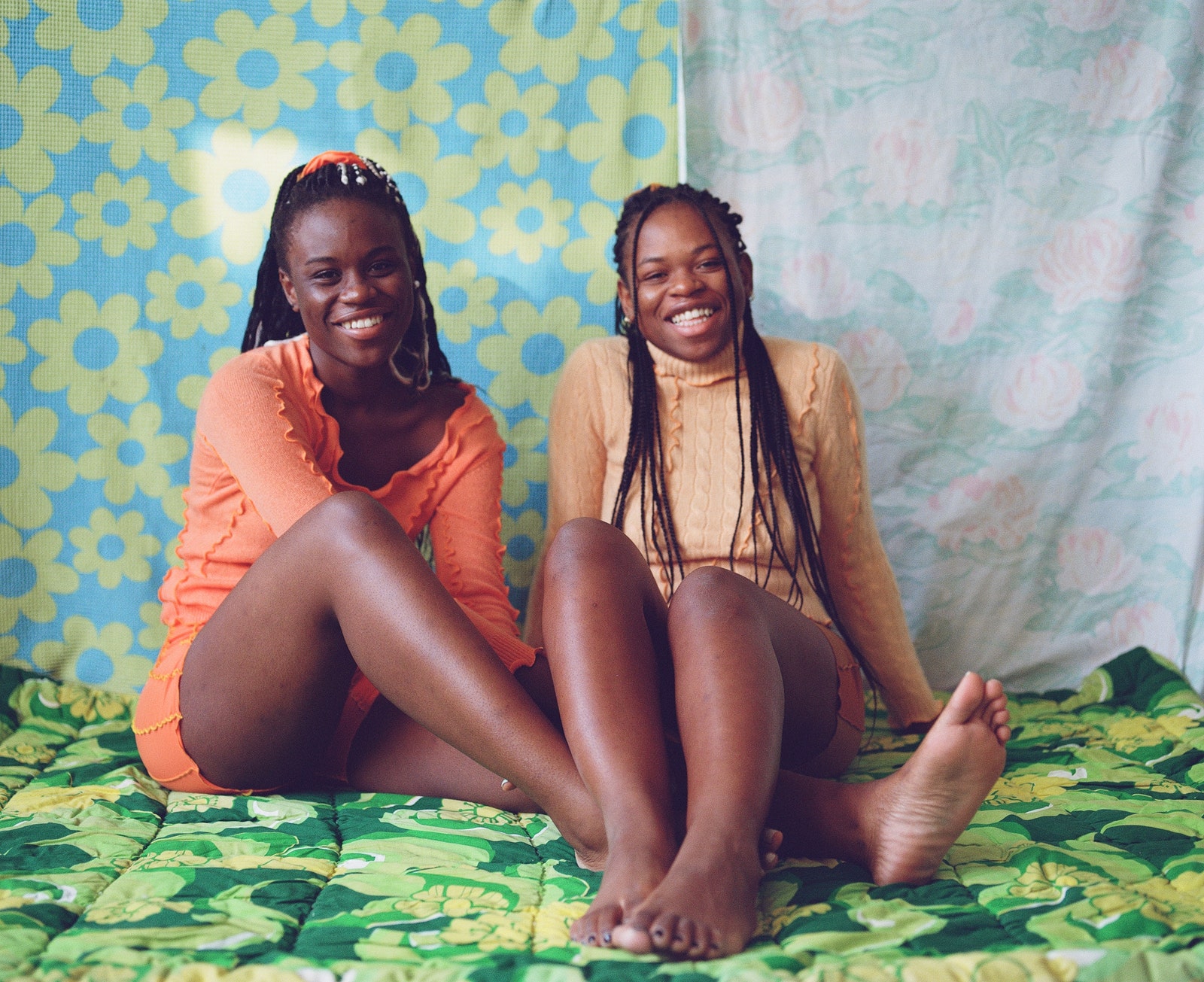 Sherris started to make the knits during lockdown in Israel due to COVID-19. Stranded at her mother’s house on a kibbutz, she wasn’t allowed to leave the area. “Luckily I had taken my sewing machine,” she says. “I had all of my old sweaters and the first samples. I was back to being 15 again, sewing all day with nothing to do.” Following her signature patchwork theme, Sherris began to sew the fabric together in her childhood room, using patches and not patterns, with “no consistency,” resulting in one-of-a-kind pieces.

Her stockpile of sweaters has since been used up, but she has still continued upcycling. Currently she scouts thrift shops for cashmere and wool, prewashing them in water, and then assembles the pieces. “There is so much cashmere and wool that was dyed and manipulated,” she says. “Using what was already created makes sense to me, since our earth is suffering and fashion is a big part of that. It’s an effort to create a model of sustainability, not only to raise awareness but also utilizing it.” In the future, Sherris plans to take old sweaters from her clients and “Sherris them,” which is what her customers call turning them into a one-of-a-kind patchwork. The happy, instantly feel-good Sherris look is brighter than ever in its knit form. “You shouldn’t think about it a million times. You should just put it on,” says the designer. As for what’s next? She is planning on releasing pants.

Kareena Kapoor Knows How To Make Stripes On Fleek

How Beyoncé Puts Black Designers at the Forefront of Fashion