It’s truly delightful to see Katie Ruensumran a.k.a. @katieismonster in Vogue’s fashion week slideshows. The Thailand-born, London-based consultant is a burst of Comme des Garçons or Simone Rocha–outfitted joy on the London street style scene. This year, with few fashion week shows to attend, Ruensumran isn’t buying clothing or posing in front of a flock of cameras. Instead, she has launched her own label, The Meaning Well, which is a combination of comfort, tailoring, and Ruensumran’s signature oversized and tentlike silhouettes. 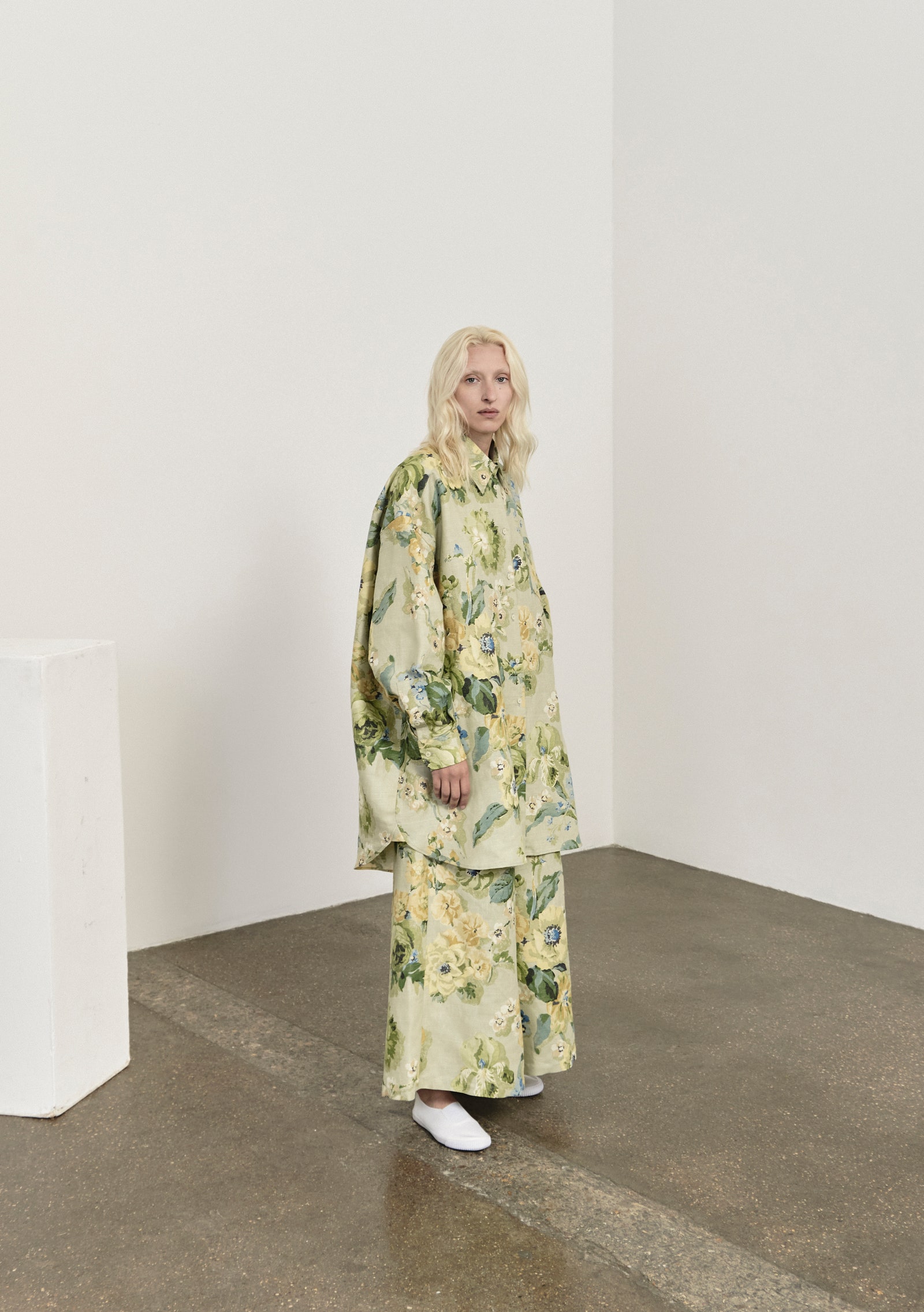 It’s a bold move to launch a label during a pandemic, but Ruensumran found it to be a way to save jobs and promote local industry in a fashion community that was slowly unraveling around her. “I’d rather take this money to pay for the pattern cutter and the graphic designer who lost their job,” she says. “It is about helping each other. The brand can support local business and designers.” Ruensumran started working on The Meaning Well the first day of London’s lockdown, March 15. She remembers that shortly before then, she had been traveling back from Paris Fashion Week back to London on the Euro Star just as cases started to spike. When she arrived in London at her studio office that she shared with fellow creatives, she slowly saw the local industry deteriorate. As lockdown progressed, she lost some of her own clients from her consulting agency, and one by one, her neighboring studio mates began to lose their jobs. “I met a graphic designer and he said that the company [he worked for] was closing,” says Ruensumran. “I was like, ‘I want to do something. I want to help them, but I don’t have enough money to help everyone, so maybe I should do something that can be my career as well.’” From there, The Meaning Well was born. Ruensumran currently works with a graduate fashion design student and a pattern cutter. 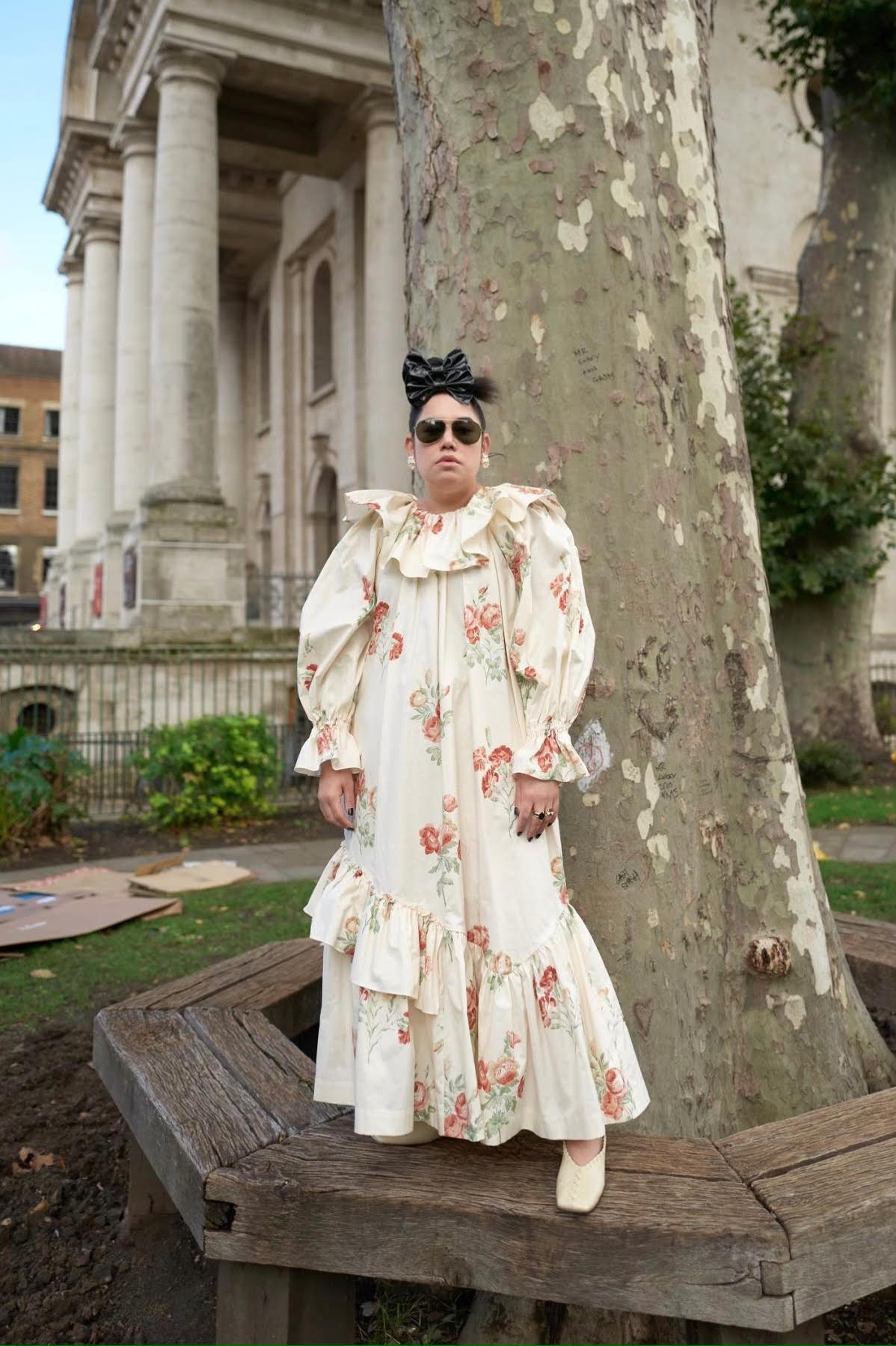 A smaller production means Ruensumran can source fabrics mindfully. “I want to make everything here,” she says. For fabrics, she tapped her connections to factories outside of London, including one which sells deadstock material intended for upholstery and curtains, all of which is 100% cotton. Ruensumran makes the silhouettes oversized, a look that she personally buys, and she notes that the pieces fit both the model and herself. “I’m not skinny, I’m not slim, so I’d rather buy an oversized blazer or oversized dress,” she says. “I want to wear something that I can work from home and do a Zoom. I want to dress up, but in a more comfortable way. It doesn’t matter if you’re slim or bigger like me—it fits everyone.” 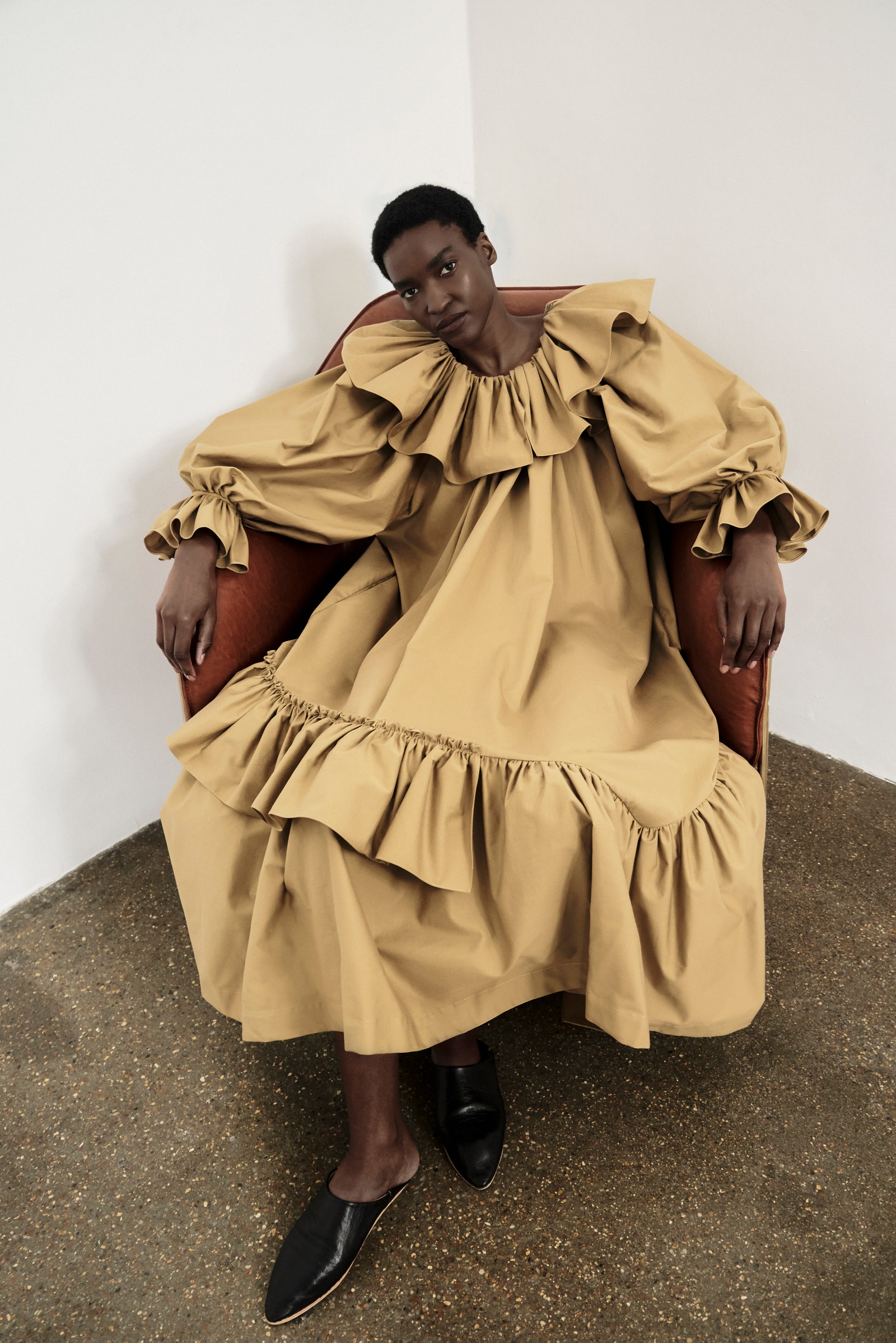 To further lessen the brand’s footprint, Ruensumran doesn’t plan on releasing seasonal collections, and instead will launch the same styles in different fabrics from time to time. “If you buy this, you can wear it again when you want, because there is no trend—it is more timeless,” she says. “Every day it is about ‘new, new, new,’ but with The Meaning Well, we work according to inspiration and not the season. It is seasonless.” For Ruensumran, the concept here is making less but meaning more, or rather, meaning well. “I try to support the talented people that I know,” she says. “We have to think of other people more than the money.” 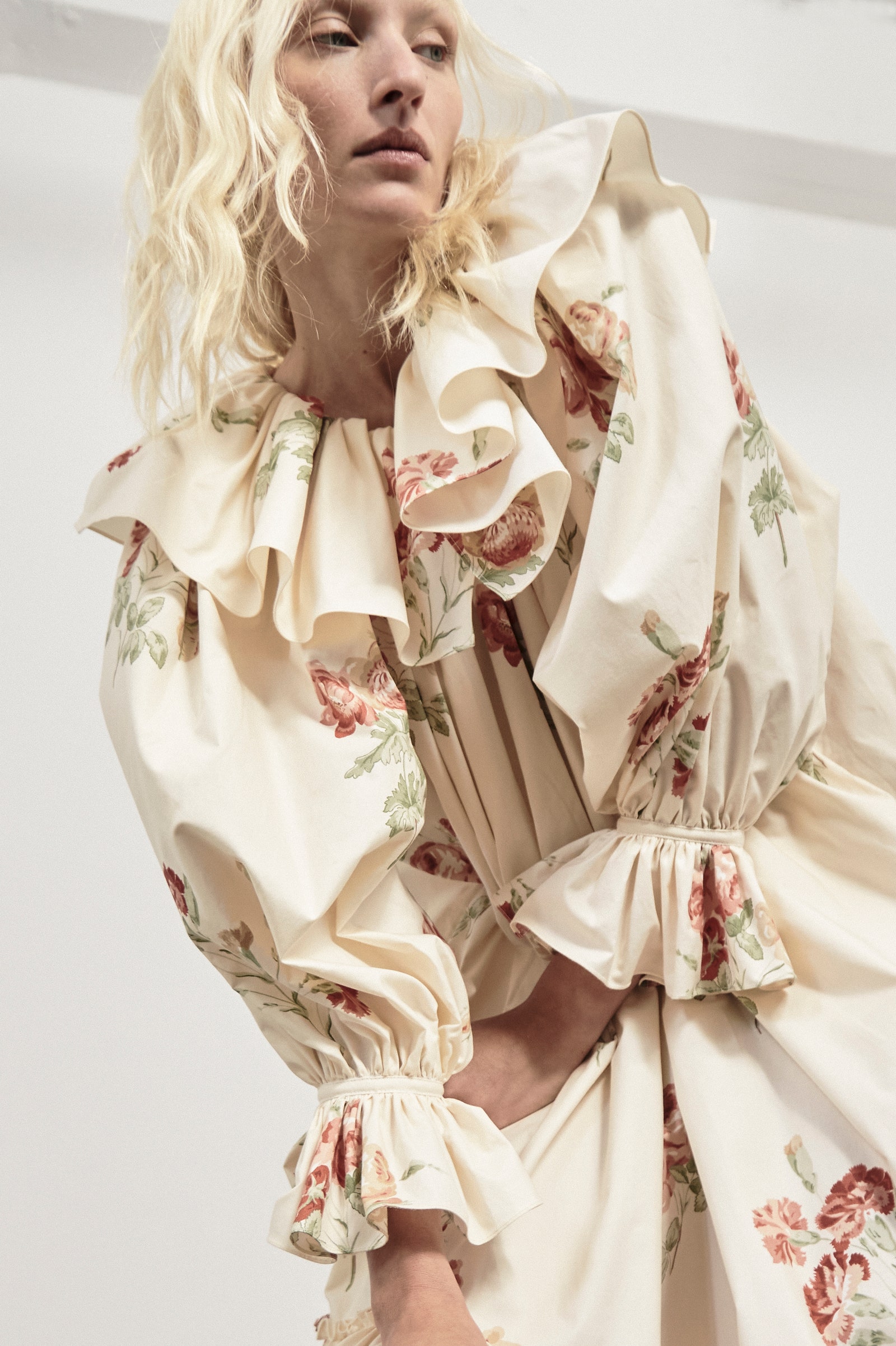 White out with blue suede booties