In an apartment in Gaza, a model with a septum piercing wears Meera Adnan’s ’80s-style looks: an oversized jacket with puffy sleeves and extreme high-waist trousers with shell buttons. The Gaza-based designer typically favors easy suiting pieces that come in voluminous silhouettes with a playful retro vibe, usually mixing in modern styling effects, such as a Fendi bag and a Prada bucket hat. In the 27-year-old’s current look book, she captured the model with an almost on-the-go flair, with her Palestinian-Gaza passport in her hand and a bottle of Jasmine hair oil on her mantle, a look styled by Dubai-based stylist Noor Alazzawi. Here, looks are casual, like an asymmetrical cream dress with bishop sleeves and a large olive blazer that looks plucked from a man’s closet. “If you want to dress it up or want to dress it down, you just can mix it with anything,” she says. “For example, if you are hijabi or if you’re not a hijabi, you still can pull it off.” 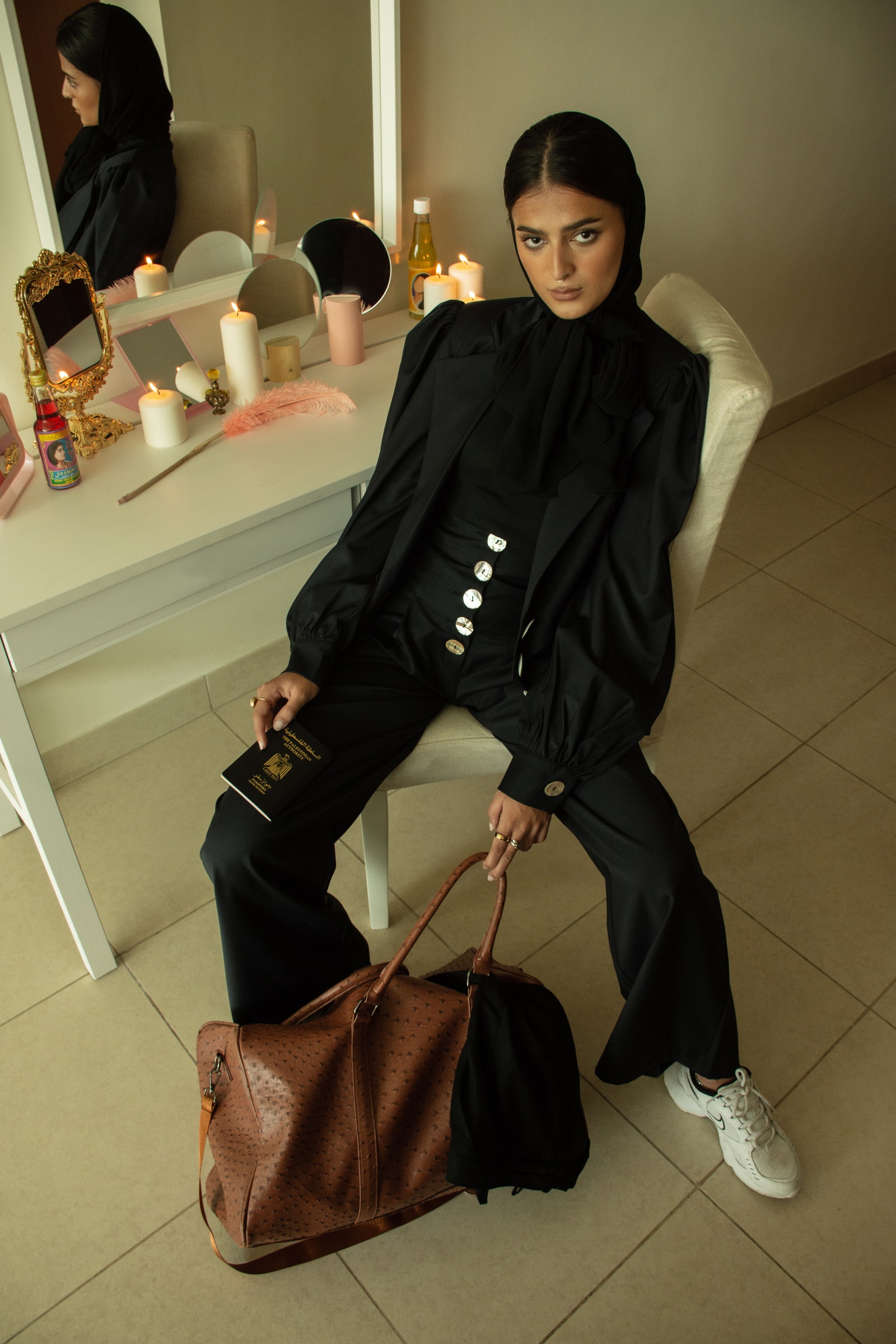 Adnan’s collection is deeply personal. The clothes skew oversized, a feature that stemmed from Adnan’s smaller frame. “I was always underweight as a kid, and even as an adult, I used to get a lot of comments about the fact that most women in my society are curvy,” she says. “According to the standards of society, my body looked like a child’s body. I felt like I didn’t look like a woman. For some time when I was in college, I used to dress in oversized clothing because it gave me that freedom of, in a way, hiding my body from people’s expectations, so they wouldn’t know what size I am and then they wouldn’t have a reason to make comments.” 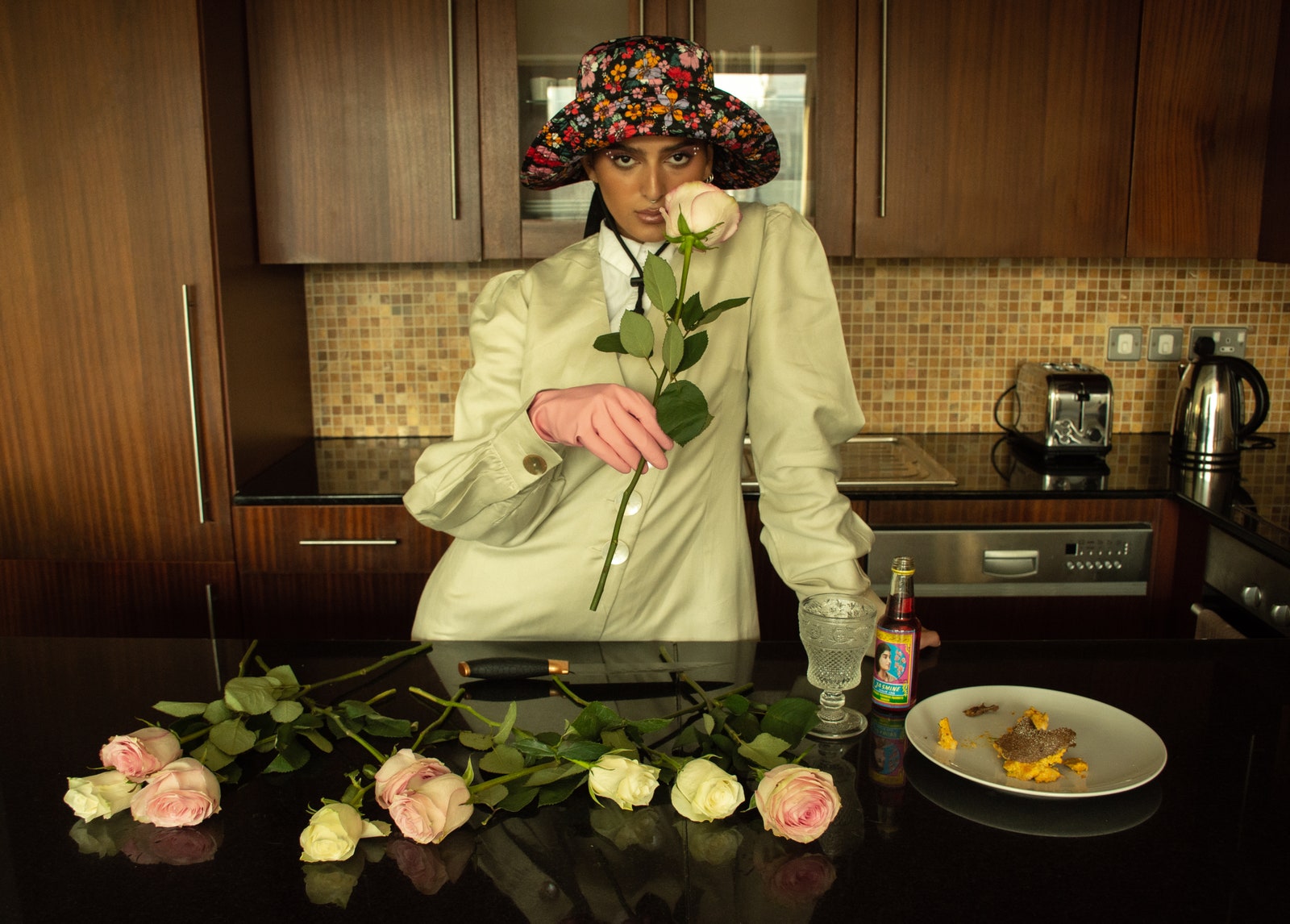 Adnan also took much of her inspiration from family photo albums from the ’70s and ’80s, when the men wore pink, blue, and green pants and the women experimented with their hairstyles. “No one looked like the other, in terms of style,” she says. “This is something that I want to recreate.”

Adnan grew up in Saudi Arabia and then moved back to Gaza when she was 12. (Adnan’s grandparents aren’t originally from Gaza but from the town Lod, located in Israel next to Midreshet Ben-Gurion. Both of her parents were born in refugee camps.) In Gaza, Adnan, who is considered a refugee under United Nations law, met people also from displaced backgrounds with their own diverse histories. Like her, they weren’t originally from Gaza but had come from various parts of Palestine after they had been displaced. “There are small differences you can find between different people in Gaza coming from different backgrounds,” she says. “Everyone has their personal traditions when it comes to small things, like food, social life, all these things.” 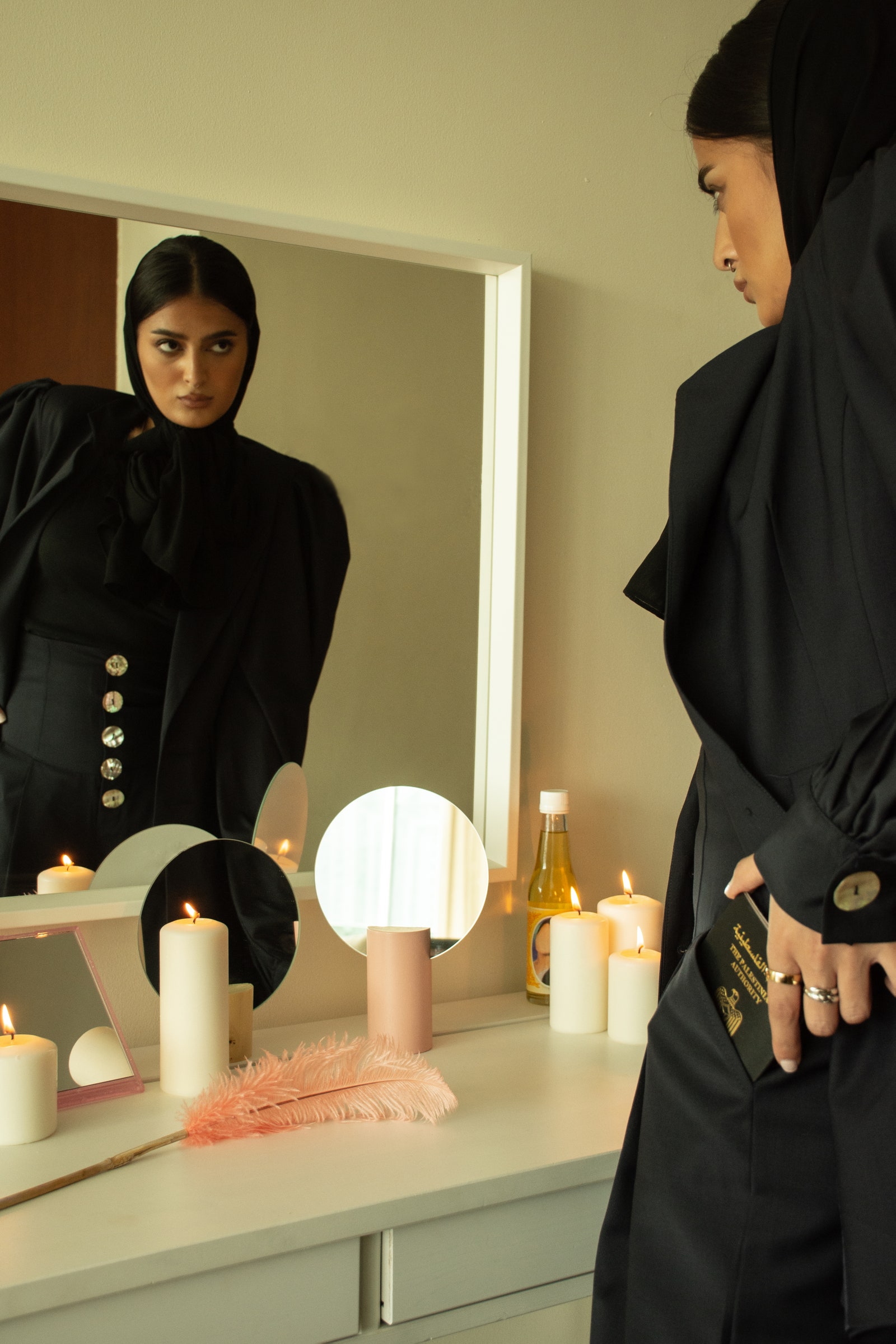 She didn’t initially pursue design—she saw herself as a “tomboy”—and instead went to university in Gaza to study accounting. Slowly, she began to view clothing in a new light. “I felt like fashion and expressing myself through garments allowed me to express my thoughts and feelings without having to have a conversation,” she says. “It was a bit freeing and liberating for me because I always hated how much society places you in a certain box as a woman, or as a man even.” Eventually, she enrolled in school for fashion merchandising in Munich but couldn’t attend due to border closures. Instead, she took an internship at a fashion-marketing firm in Hamburg, Germany. During this time, after working under someone, she realized that she wanted to start her own label. “I entered college and felt like I could use fashion to express myself differently in a place where I didn’t know many people, and that would be their first intro to who I am—through clothes and style,” she says. “It really helped me regain my confidence slowly after losing it in my adulthood.”

While her background in fashion and supplies are international, Adnan designs all of her pieces in Gaza. “I wanted my brand to have a very strong identity of where I come from,” she says. Here, there is a deeper layer, and Adnan hopes to shed light on a different perspective from where she is from. “I feel like coming from a place like Gaza, people cannot see you as more than a victim or sometimes maybe just a human shield for some political party, in a way. I felt like people need to understand that people in Gaza have their own set of beliefs, and they’re very diverse. When you look at the new generation that is younger, I can see my friends and colleagues and men and women with very different diverse mentalities, doing very different things.” 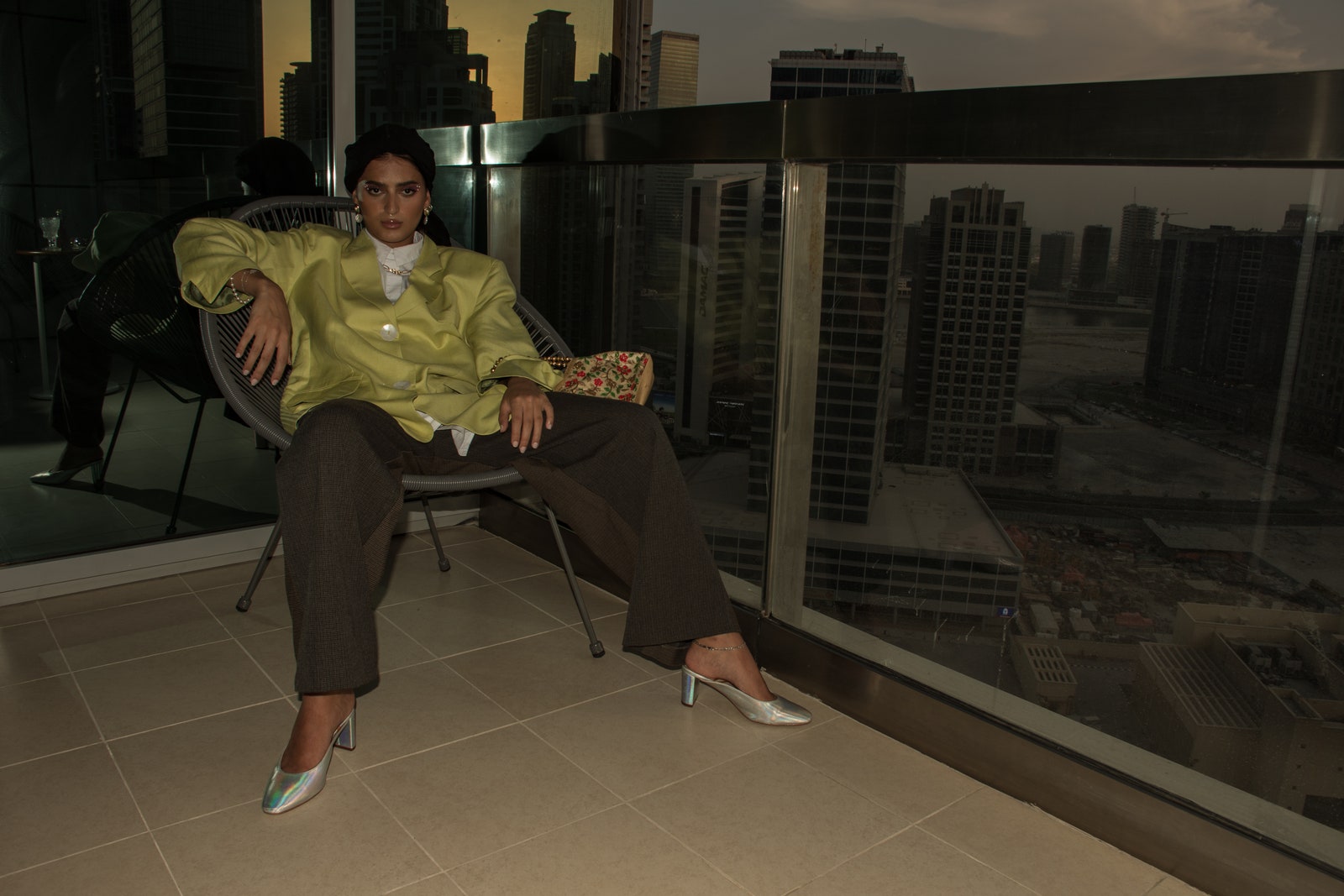 At the moment, Adnan gets all of her fabrics and materials abroad. It is currently almost impossible to receive and send out items in Gaza due to border closures. “Simple postal packages are very hard to get into Gaza,” she later writes. In order to deal with this, she has to physically bring fabric samples back home. “I wanted to show that we have a rich history, and we have creativity,” she says. “It’s nice to be able to explore that while I’m in Gaza, although currently residing in Gaza has its own disadvantages, especially because of the freedom of movement. I still wanted to create a platform for Palestinian creativity.”

How To Glam Up Ethnic Looks With Statement Earrings, Like Chitrangada Singh