There are enough rules in life as it is. Some, however, are there to help. Like the rules that govern how to dress well. Of course, every man or woman that has an opinion on such things speaks from personal experience – and no doubt what works for one doesn’t always work for another; or what works for one is considered too pedestrian or too avant-garde by another. So, when it comes to dressing, they always have to be taken at face value. They’re solid suggestions rather than the last word on style.

But good advice is never to be sniffed at, and, as menswear becomes ever more rich and varied, ever more experimental and abundant, ever more trend-aware, in moments of confusion and self-doubt, it can help to have a valuable fall-back position that cuts through the clutter.

These ‘rules’ tend to be founded in history – they’ve worked for generations, so might well be assumed to work well today too. And they tend to be founded in the obvious, so obvious they’re often overlooked: a preference for good fit, high quality, versatility, good value, lack of extremes and keeping it sober.

There are certainly many other rules out there than are presented here. Some of these you may have already discovered for yourself. That, after all, is part of the pleasure of clothing, which no rule should hamper: trying new kit out, seeing if it suits you, seeing how it makes you feel. But, these rules have stood the test of time and, when used in conjunction, act as a failsafe guide on how to dress well today.

The key to a suit looking good is fit. If you’re buying off-the-peg, focus on the fit across the shoulders because getting the chest and waist altered is a relatively easy job according to Davide Taub, head of bespoke suits at Savile Row tailor Gieves & Hawkes. “Be cautious about wearing a period suit unless you’re pursuing a total period look because in isolation the suit starts to look like a novelty,” he adds. Classic is best and most useful – dark, two-button, single-breasted, moderate in details. “It’s not boring. A suit is a uniform. The idea is to think of this suit as a canvas to build different ideas of individuality around. It’s the way you wear it, not the label inside, that impresses.” 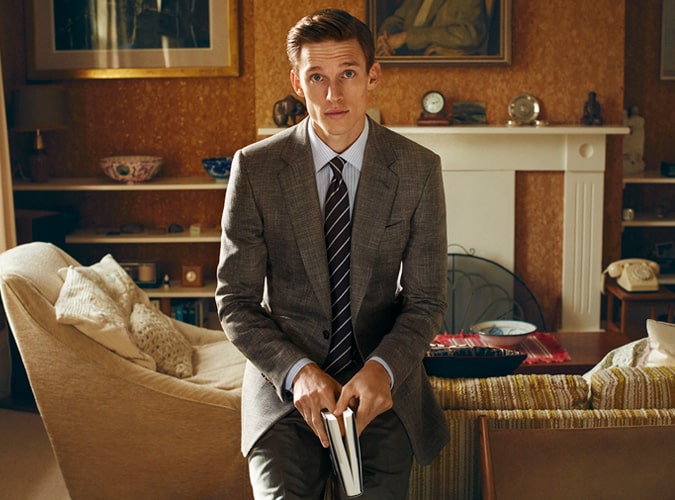 2. Invest Wisely In A Watch

“A watch is like a piece of art,” argues Don Cochrane, managing director of British watch brand Vertex. “Choose it because you love it, not because you think it might make money. Watches are personal, it marks your passage through time. But you also have to be practical.” Aesthetic, functional, rugged sports models go with anything and can take the hard knocks of everyday wear. Yet, a watch still has to fit you. It should feel comfortable and be right in terms of size and depth relative to your wrist as well – 40mm is considered the ‘Goldilocks’ size. 3. Don’t Shy Away From Colour

Whether it’s on casualwear or formalwear, indulge in a bit of colour. “Most men are unjustly scared of it – they’re intimidated by anything that isn’t navy or grey,” says menswear designer Oliver Spencer. “But colour can be timeless too.” A green suit, for example, can look particularly rakish, while Spencer also recommends pinks, greens, mustard and brighter shades of blue as especially versatile year-round shades that will lift your entire outfit. But he adds that, when it comes to colour, less is still more: “You just need a bit of it, in one garment.”

4. Wear In Your Jeans Until They Are Yours

The all-time most useful cut of the world’s most popular garment, according to Alex Mir, co-owner of Sheffield-based label Forge Denim, is ‘slim-tapered’. “It’s wider in the thigh, so it’s comfortable, but narrows, so it works with either smart shoes or sneakers,” he advises. “It’s the best year-round, wear-with-anything, dress up or down style.” The wise will wear dark, raw denim too and give the pre-distressed a wide berth. “The whole pleasure of denim is that it ages with the way you wear it. Why miss out on that?” 5. Look After Your Appearance

It’s the kind of advice your mother might offer, but if you’ve invested money and thought in your clothing, look after it. Use wooden hangers for shirts and shoe trees for your best shoes; have your suit dry-cleaned and pressed; wash your clothes regularly and, ideally, don’t tumble dry them (it can degrade the fabric); and polish your shoes. Equally, it’s not just the skin of your leather jacket that you need to care for, the same goes for the one you wear every day. Establish a simple, but no less solid, grooming regime, brush your hair and cut your nails. After all, the devil resides in the details. Style isn’t only what everyone else can see. When it comes to men’s underwear, there are two rules to follow. One, novelty prints are not for grown men – “your underwear is not the place to express your ‘personality’,” as shirt and underwear-maker Emma Willis notes. And, two, heavily-branded underwear lacks sophistication. “Of all places where you might have the confidence not to have branding, your underwear should be it,” adds Willis. The style that has best stood the test of time, of course, is the cotton boxer short, likely because (as is the case with linen) they take repeated washing, breathe well and are comfortable against your skin.

“Timelessness is about simple design and all the more so with shoes,” argues Tim Little, owner of heritage shoe brand Grenson. “The colour, the pattern, the sole – you don’t want it fussy. Anything fussy may look good now but will look strange very quickly.” Quality shoes — the gold standard being re-soleable Goodyear welted examples — are the kind of investment that should last 15 years or more. Opt for classic styles such as brogues, loafers, or a plain, dark, five-eyelet Derby on a round-toe last. “It’s the shape of the toe that really counts – and round never goes out of fashion,” says Little. “It’s pointy toes or square toes that look obviously impractical. Nobody has feet shaped like that.” 8. Keep Accessorising To A Minimum

Accessories like ties and pocket squares bring individuality to classic clothing, but be careful how you use them. “It’s best to harmonise them with what you’re wearing by picking out a colour or two. Or even to juxtapose them entirely,” says Michael Hill, creative director of men’s accessories brand Drake’s. “What you don’t want is to match them up.” When it comes to curating shirt and tie combinations, wear your tie or pocket square in a darker shade than your jacket. And don’t overdo the accessories either – if in doubt, think less is more and take one element away. “You’re aiming for an air of nonchalance,” adds Hill. “You just need one point of interest.” There’s are few things less stylish than a man dressed as he thinks he should dress rather than in what he genuinely feels suits who he is. There are caveats to that, of course: there are no prizes for dressing like a rodeo clown unless indeed you are one. But whatever you’re wearing, you have to own it. Genuine style icons are those who go their own way with a self-confidence that comes from their clothes being a second skin, not a costume.

10. Dress For The Setting

Style is not merely about self-expression; it’s also about being dressed appropriately for your environment. Think of clothes as being codes: you need the right combination to work with the setting you’re in – and that’s whether it’s a formal dinner or a lazy Sunday in the pub. The worst style is one which is out of place. Is this a kind of conformity? No, as one of Tom Ford’s oft trotted out fashion quotes explains, it’s a mark of respect for others. And about feeling comfortable in yourself. When in doubt, overdress. Invest time into finding the right spectacles for you. “People spend an average of seven minutes picking a pair that will define them for the next three or more years,” notes eyewear designer Tom Davies. “Poor choice and poor fit are why so many people learn to hate their glasses.” Buy what you feel good in, taking into account your face shape but considering the top line of the frames’ relation to your eyebrow shape – team straight with straight, curved with curved – and your hairstyle. Buy wisely too, says Davies: there’s no point buying cheap frames and being up-sold on expensive lenses because the frames will look tatty soon enough anyway. The temptation may be to wear a classic style, but modern technical fabrics in darker shades and easy cuts are making coats what they should be – lightweight and breathable but also properly protective. “Changes in seasonality, the climate and buying habits are making heavy wool coats seem out of keeping now,” suggests Adam Cameron, owner of outerwear specialist The Workers’ Club. “Think of a coat instead as being your final layer – one you can wear as much or as little under as required.” A field or bomber jacket jacket is a good all-rounder but if you need to dress up, go for a short mac.

Occasions for the height of formal dressing may be rare, but they’re all the more exacting for that. So, while it feels like an extravagance, owning a dinner suit that fits you rather than hiring one makes more sense after years of use. “With hiring, there’s always the risk of the wearer looking almost childlike while dressed in some oversized, boxy ensemble,” warns Toby Lamb, design director of contemporary tailoring label Richard James. Own as classic a dinner suit as possible: in midnight blue, single-breasted, with satin lapels and trousers seams. And it goes without saying you should learn how to tie a bow-tie yourself. 14. With Shirts, Stick To The Classics

“It sounds silly,” says James Cook, head of bespoke shirtmaking for Turnbull & Asser, “but any men’s shirt can be made to look expensive if it’s well-pressed.” All the same, Cook is particular about the details. Strike a middle line, he recommends: avoid bold styles unless you think you can carry it off, and, for a collar that works with or without a tie, and that always sits properly under a jacket, opt for a semi-cutaway. 15. Know When To Break The Rules

Know when to adhere to dress codes such as black tie and know when to break them. Some are there for a good reason, typically because the occasion demands it or some higher authority – your boss, perhaps – expects it. But, likewise, as Drakes’ Hill notes, “we can get too hung up about rules as well, and there’s always a case for ripping them up”. That, after all, is how style advances, little by little. “Enjoy the freedom there is now to make mistakes.”

3 Offbeat Jackets That Will Make You Stand Out This Winter

Yet Again, Karisma Kapoor Proves That She Is The Queen Of Ethnic Dressing