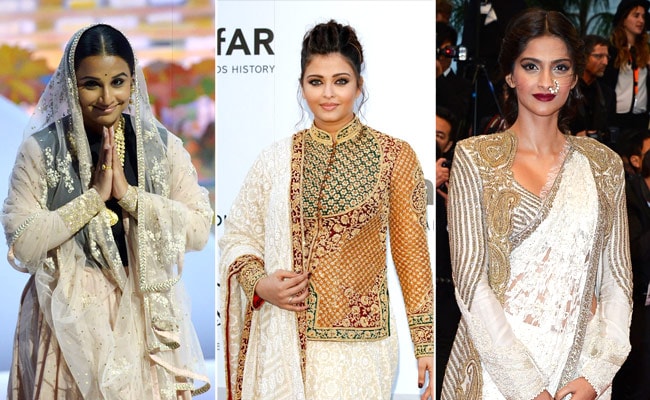 Once, Coco Chanel, Audrey Hepburn and Marilyn Monroe were synonymous with fashion but it is the last decade that acquainted us with a fresher, more contemporary school of thought. 2010 to 2019 offered a never-ending list of trends – some we loved, others not so much. From Aishwarya Rai Bachchan’s purple lips to Lady Gaga’s meat dress to Sonam Kapoor’s impressive styling, these last 10 years witnessed some big fashion moments. If there’s one thing that we are thankful for, it is the evolution of the style scene in the decade gone by. From the dominance of Bollywood stars on international red carpets to embracing inclusiveness (Pregnant models on the ramp? Yes, please), the fashion industry has changed and grown. So, as the decade ends, let’s take a look at 10 fashion moments to remember 2010-2019 by.

The red carpet at the Cannes Film Festival is one of the most glamorous in the world of showbiz. In fact, there’s often grumbling about how the fashion threatens to overshadow the cinema at Cannes. In this tour de force of big gowns and big jewels, how is a desi girl to stand out? By packing a saree in her suitcase, of course. Over the decade, Indian stars attending Cannes discovered that the surest way to make a splash was to wear an Indian outfit – Vidya Balan, who was a jury member in 2013, wore nothing else, appearing in a series of Sabyasachi ensembles including maroon outfit with a heavily embroidered black dupatta and a white and gold saree. Cannes veteran Aishwarya Rai Bachchan has also picked sarees on several occasions, memorably an Abu-Sandeep drape she wore with a jacket the year she attended the film festival after giving birth to daughter Aaradhya. Sonam Kapoor, known for her fashion forwardness, took the saree look a notch higher in an Anamika Khanna saree and jacket with a nose ring as well as a metallic blue structured ensemble by Rimzim Dadu. She also picked saree-inspired gowns by Anamika Khanna for the red carpet.

High heels are ‘instruments of torture’