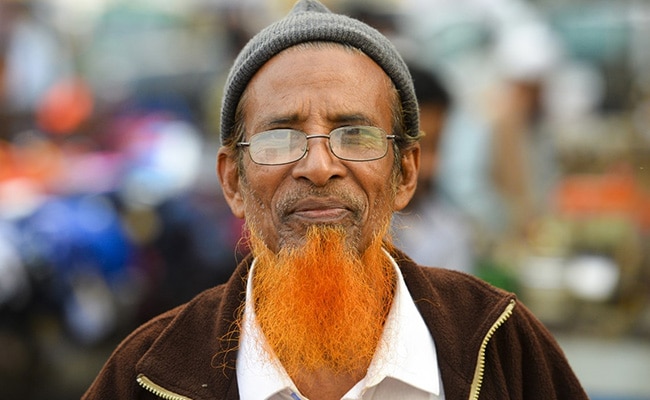 From shades of startling red to hues of vivid tangerine, brightly coloured beards have become a fashion statement on the streets of Bangladesh capital Dhaka.

Facial hair of sunset tones is now the go-to look for older men wanting to take off the years, with an array of henna options available to the style-conscious.

“I have been using it on my hair for the last two months. I like it,” says Mahbubul Bashar, in his 50s, whose smile reflected his joy at his new look.

Abul Mia, a 60-year-old porter at a local vegetable market, agrees that the vibrant colouring can be transformative.

“I love it. My family says I look a lot younger and handsome,” he adds.

While henna has been used widely in the country for decades, it has reached new heights of popularity. It is now virtually impossible to walk down a street in a Bangladesh city without seeing a coloured beard.

Orange hair — whether it’s beards, moustaches or on heads — is everywhere, thanks to the popularity of the coloured dye produced by the flowering henna plant.

“The powder is easily found in neighbourhood stores and easy to put on,” he adds.

But the quest for youth is not the only reason why more and more Dhaka barbers are adding beard and hair colouring to their services.

Top imams also increasingly use henna powder colour in what experts say is a move to prove their Muslim credentials as some religious texts say the prophet Mohammed dyed his hair.

In Bangladesh most of the population of 168 million is Muslim.

“I heard from clerics that the prophet Mohammed used henna on his beard. I am just following,” says Dhaka resident Abu Taher

Meeting the style crone in Denver!