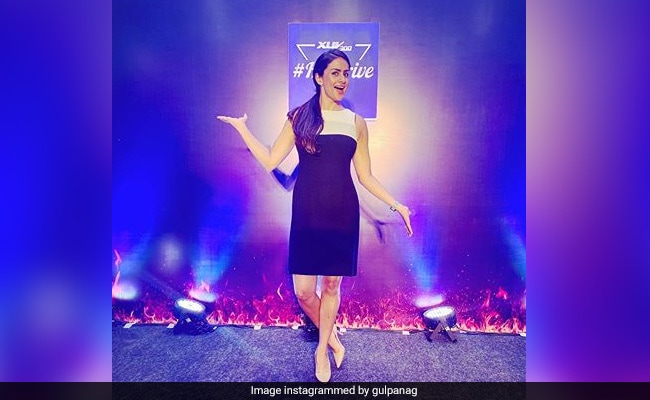 Actress Gul Panag found a spot on the list of trends after she posted a picture of herself rocking one of her 18-year-old dresses. Earlier the actress trended big time after she had shared a picture of herself wearing a swimsuit, which she first wore 20 years ago but more on that later. Gul Panag, last seen in The Family Man, attended an event in Chennai, to which she wore a monochrome dress. “Down with those who say, ‘You can’t repeat a dress.’ This dress is 18-years-old. And I’ve been repeating it for a while,” Gul Panag wrote and she also shared the story of how it became one of her prized possessions. Gul Panag said that the dress was a gift from her husband Rishi Attari (her then boyfriend), who is a pilot.

“He got it for me in the year of the lord 2001. He was on a work trip to Seattle (to pick up and ferry back a new B737 from Boeing), when the delivery of the aircraft was in delayed. Indefinitely. A three-day trip turned into a 20-day trip. He had a lot of time at hand. He saw this dress in a store. It was way more than he could then afford. He had 15 days to think about it. Still bought it,” Gul Panag added in the post.