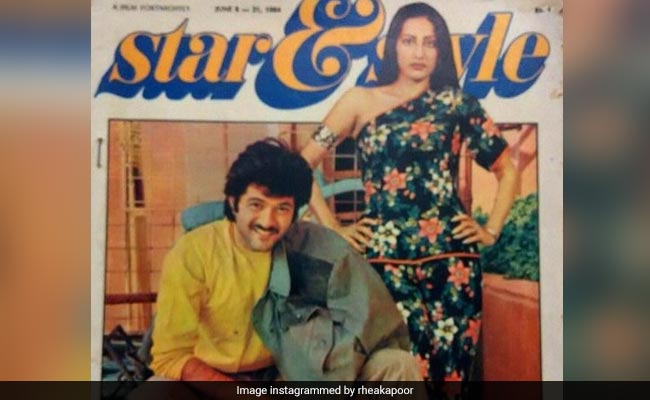 Rhea Kapoor’s love for fashion needs no introduction. The filmmaker, who often doubles up as her sister Sonam Kapoor’s stylist, believes that she has inherited the “fashion bug” from her designer mother Sunita Kapoor. In order to prove her point, Rhea dug out a throwback picture featuring her parents – Anil Kapoor and Sunita Kapoor and she captioned it: “Now you know where Sonam Kapoor and I get the fashion bug from (it’s definitely not Anil Kapoor).” She added the hashtags #stylingonpoint and #momsastunner to her post.

Just like us, Sunita Kapoor also loved the post and left several heart emojis in the comments section. Meanwhile, Anil Kapoor jokingly wrote: “Let me come back home.” Film producer Ekta Kapoor also had an interesting thought about the picture. She wrote: “Sonu is the queen. Anil sir is looking like he shot for this photo yesterday.”

Anushka Sharma Shows Us How To Nail Standout Brocade Pants

the Ailey Spirit Gala – choose your favorite from these 10 looks!