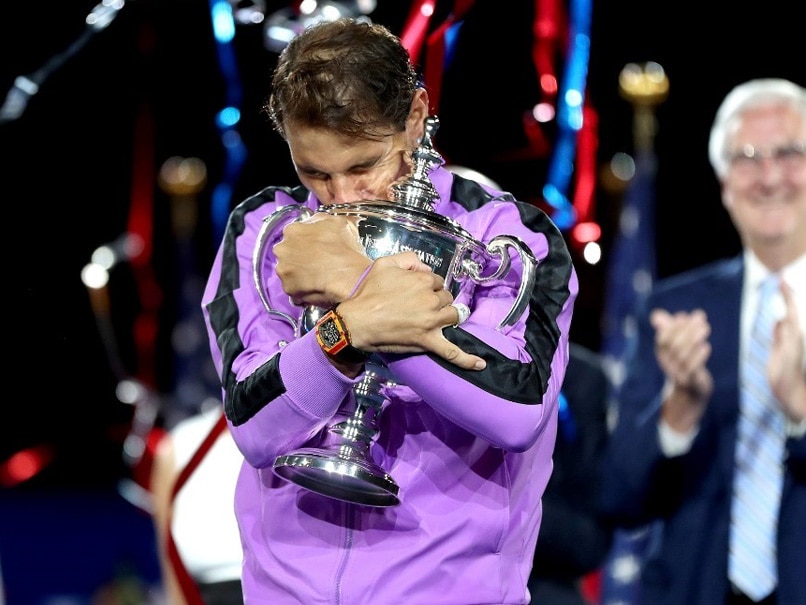 Calling it one of the most emotional nights of his 18-year career, Rafael Nadal celebrated a dramatic US Open final victory on Sunday over Daniil Medvedev for his 19th Grand Slam title. The 33-year-old Spanish left-hander grabbed his fourth career title on the New York hardcourts in thrilling fashion, squandering a two-set lead before outlasting the Russian fifth seed 7-5, 6-3, 5-7, 4-6, 6-4 after four hours and 50 minutes. “I more or less had the match under control,” Nadal said. “The way he was able to fight to change the rhythm of the match was incredible.”

Rafael Nadal’s head was in his hands as he became emotional in the moments after his epic triumph, feelings compounded when a tribute video of his Grand Slam titles was shown in Arthur Ashe Stadium.

“Has been one of the most emotional nights in my tennis career, with that video, with all of you,” Nadal told a cheering crowd that chanted his name several times in the intense final set.

“There’s no stadium in the world that’s more energetic than this one.”

Outside of the French Open, where Nadal took his 12th title in June, the US Open is the Slam title he has captured the most in his career.

“That’s so important,” Nadal said of his fourth US Open crown. “This victory means a lot.

“And the way it happened. It was hard to control the nerves. The nerves were so high after having the match almost under control.”

Nadal has dropped only one Grand Slam match out of more than 200 when he has won the first two sets, that loss coming to Fabio Fognini in the third round of the 2015 US Open.

But he nearly became the first man since 1949 to lose the US final after winning the first two sets.