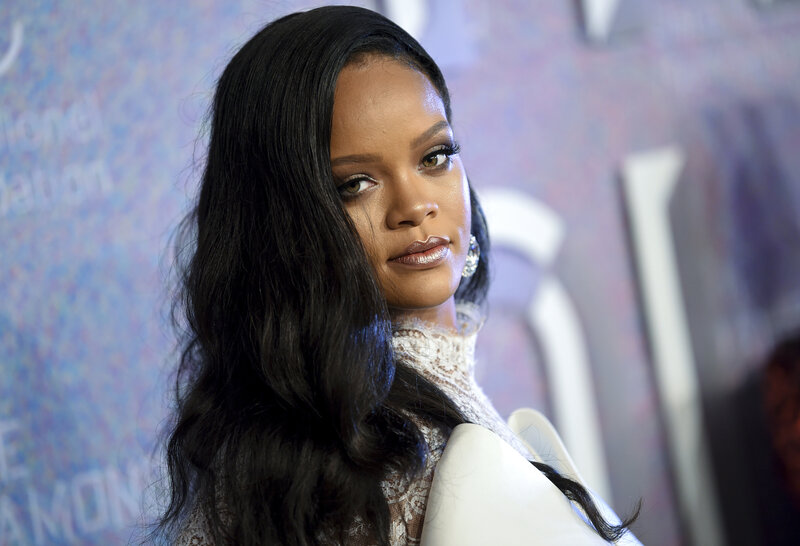 Rihanna is partnering with LVMH Moët Hennessy Louis Vuitton to launch a new fashion label, the artist announced on Friday.

Already a bold trendsetter on the pop stage, Rihanna is also breaking barriers in the makeup and fashion industries.

The 31-year-old Barbadian singer has partnered with the historic LVMH Moët Hennessy Louis Vuitton fashion house, becoming the first woman of color to have a label under LVMH and the first woman to start an original brand for the world’s largest luxury group.

The new label is named Fenty, after the last name of the singer (born Robyn Rihanna Fenty). It’s an expansion of her cosmetics empire of the same name, launched in a 2017 partnership with LVMH.

The Paris-based Fenty line, which will include ready-to-wear clothing, shoes and accessories, will launch this spring 2019 season as the first house established by the group since Christian Lacroix in 1987, joining legacy brands like Dior, Givenchy and Fendi.

“Designing a line like this with LVMH is an incredibly special moment for us,” Rihanna said in a statement from the LVMH group on Friday. “Mr. [Bernard] Arnault has given me a unique opportunity to develop a fashion house in the luxury sector, with no artistic limits.”

It’s a big moment for the exclusive world of luxury fashion says Tanisha Ford, an associate professor of Africana studies at the University of Delaware.

Ford, who writes about fashion and black identity, says, “We see a woman of color with this much creative control in a luxury market where typically European men have dominated.”

For centuries, luxury fashion has reflected a lifestyle enjoyed by very few people, she says, “so by nature it wasn’t in a market that was designed for everyday people of color to participate in it.”

Even as African Americans hold a buying power of up to $1.2 trillion, fashion critics and consumers have slammed luxury brands for what many say is a diversity problem within the industry. In recent years, big luxury players have been accused of cultural appropriation and selling products viewed as racist.

But it’s that particular consumer market that’s helped put those brands on the map, Ford says. It’s a message the black community has been trying to send to the high-fashion industry for years, she says, “especially the hip-hop generations who have rapped about Gucci and Louis Vuitton and Givenchy, and all these designer brands.

“I’d like to also see the end of this notion that luxury is not for people of color,” Ford says. “It means that black and brown people are highly susceptible to racial profiling and hyper-policing when they do go into luxury stores to buy these goods.”

LVMH has been taking steps to address the need for diversity in recent years. Last year, the group tapped the DJ and entrepreneur Virgil Abloh as the first African American artistic director for Louis Vuitton’s men’s wear.

Ford calls the new deal a positive first step in what she hopes will become a larger movement toward inclusion.

“I would love for Rihanna to not be the only [face of luxury],” she says. “I would love to see this be a model that other luxury brands and other, more well-priced pointed brands accept as well.”

Tara Sutaria, New Student Of The Year, Gets 10/10 For Her Less Is More Style