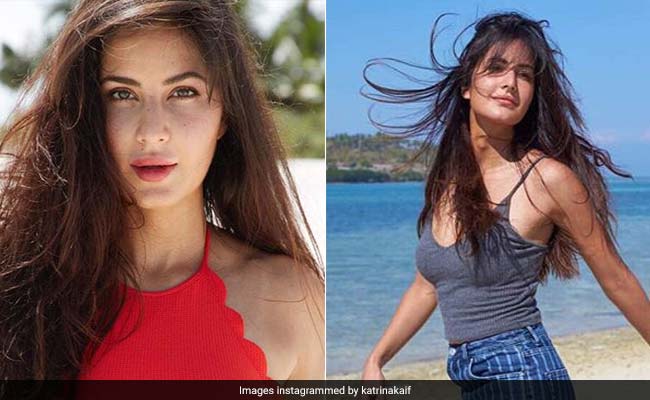 Katrina Kaif is celebrating her 35th birthday today. The Ek Tha Tiger star who started her career with Boom in 2003 is today deemed as one of the biggest female stars Bollywood has ever seen. Katrina Kaif’s career graph has, visibly, only gone further and further up in the last decade. For her fans, Katrina seems to be the ultimate source of inspiration for her unparalleled dedication to fitness, her passion and talent for dance, and for the way that she has worked to hone her acting skills. Even with the star power that Katrina Kaif holds and the awe that she commands, what remains endearing about her is the realness and authenticity with which she seems to do things. A large part of this genuine demeanour shines through thanks to Katrina Kaif’s real, minimalistic and fuss-free every style. No matter where Katrina Kaif is headed or what she’s doing, when she’s off-duty, her style remains casual yet chic.

Currently, Katrina Kaif is holidaying with friends and family in an undisclosed location somewhere in the world. The perfect way to spend one’s birthday, don’t you think?

We love that Katrina’s go-to outfit when on a relaxed holiday is a pair of shorts and a tee; much like the rest of us.

Prior to this family time that Katrina is now taking, the star was aboard theDabangg Reloaded Tour across USA and Canada with some of her colleagues. Katrina shared a picture traveling with Jacqueline Fernandez and Sonakshi Sinha who were also a part of the tour. We just have to ask, how rad is her travel style?

The answer would be – not as rad as her pre-show style. We love Katrina’s bright pink bandeau and green track pants from Topshop that she was wearing just before she took the stage by storm.

While Katrina looks great in her everyday, chill, off-duty outfits, there’s something to be said about her style on occasions when she really decides to dress up. Some of Katrina’s best style moments have definitely been in ensembles from Bollywood’s favorite designer – Manish Malhotra.

For Sonam Kapoor’s wedding in May, Katrina wore a glamorous red lehengafrom Manish Malhotra for the reception. Flawless would be one way to describe her look. Beyond stunning could be another.

For the mehendi function, Katrina picked a white Manish Malhotra draped sareegown and basically floored every guest there. Well, that’s our guess.

We also cannot ignore the time that Katrina Kaif wore this gorgeous blue ensemble from Abu Jani Sandeep Khosla for IFFI 2017 in Goa.

Also hard to miss is just how pretty in pink she looked at the Lux Golden Rose Awards 2017 in this Reem Acra gown.

And can we leave this Jean Paul Gaultier gown that she wore to the Filmfare Glamour and Style Awards, out? No, we just can’t.

Well, there you have it; some of Katrina Kaif’s most stylish moments according to us.

Priyanka On Meghan: “She’s Always Been The Girl Wanting To Move The Needle”