Kanye West has a reputation for doing New York Fashion Week his own way, and his fourth Yeezy collection for Adidas was as dramatic as ever. Never one to be restricted by the New York Fashion Week schedule, West shuttled editors outside of Manhattan and staged his show on Roosevelt Island in the East River.

The show was running to a Kardashian-West timezone, and so the livestream started at 4.49pm instead of the scheduled 3pm slot (New York time). The almost two hour wait in the heat proved problematic for the models who were ‘dropping like flies’ as they attempted to stand completely still as part of a performance art piece.

At the show space, which was on the site of a former smallpox hospital, a colossal runway circled around a triangular stretch of grass, where an army of Kanye’s underwear-clad models were assembled in neat rows. This performance art installation has become a feature at all of Kanye West’s fashion shows, and is choreographed by the Italian artist Vanessa Beecroft. But standing like statues in the New York heat proved challenging for a number of the models who were photographed crouching down on the grass and had to be given water by concerned on-lookers in the audience. 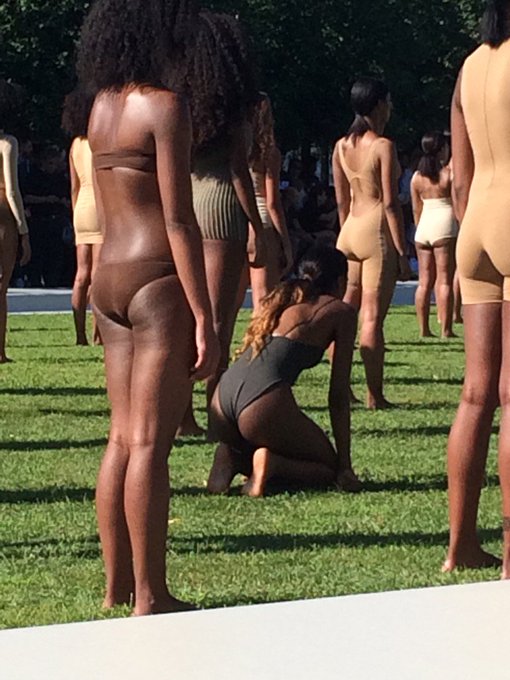 One journalist wrote on Twitter: “Model passed out in the heat is given water by man in the audience, but no one on the #YeezySeason4 team helps.” While another commented: “Is this the show? Waiting until the models collapse one by one?#YeezySeason4 #NYFW Am I complicit? What’s going on!” 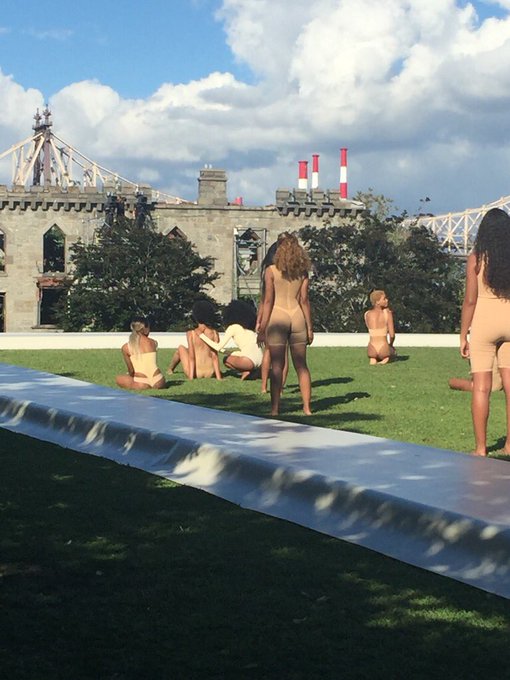 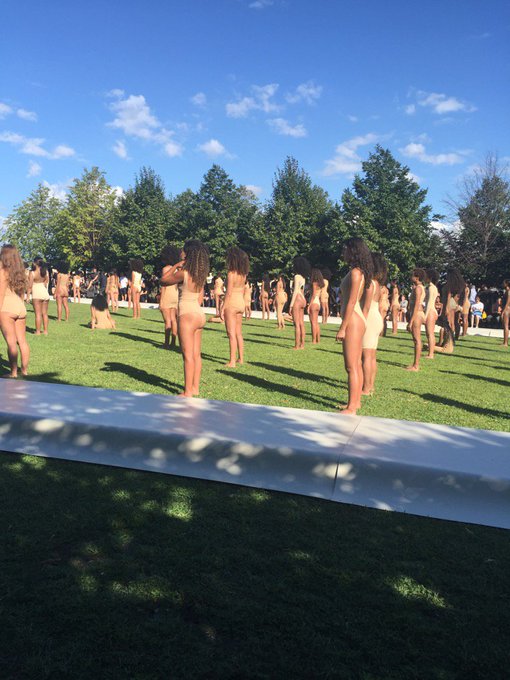 The models walking in the runway show also struggled in the show, as a number of them had difficulty walking in the thigh high heeled boots. Model Amina Blue even had to resort to kicking off her perspex Yeezy heels mid-walk after attempting to hobble down the runway. 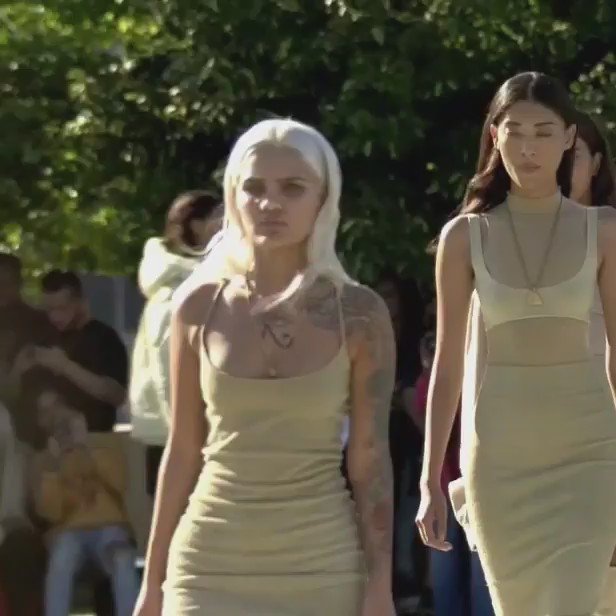 Getting to the show was also not without drama, as those with invites were not told the location of the show until mere hours before it started. They were asked to assemble an hour and a half before the show time in Manhattan, and were driven out to Roosevelt Island in New York City’s East River on coaches, which many compared to school buses.

There was no front row treatment aboard the Kanye West coaches, as Vanessa Friedman, the Fashion Director and Chief Fashion Critic at The New York Times tweeted: “On the Yeezy bus #NYFW . No snacks. No water. No music. No merch. C’mon Kanye.” 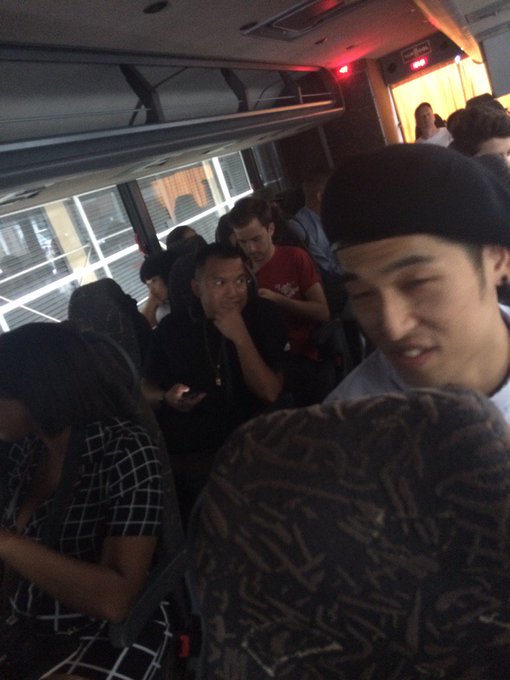 Kanye West found himself at the centre of a controversy over his models even before the fainting-on-the-runway drama. Earlier this week the singer came under fire for hosting a ‘multiracial women only’ casting to find models for his show, posting an announcement on his Twitter account, which said ‘multiracial women only. No makeup come as you are.’

West said about the backlash to US Vogue: “The ten thousand people that showed up didn’t have a problem with it.” He clarified that the concept did not intend to exclude anyone:  “How do you word the idea that you want all variations of black?” West added. “How do you word that exactly?”

This season there was a smaller Kardashian-Jenner presence on the front row, as Kim Kardashian, Kendall Jenner and Kylie Jenner were the only family members in the audience this time – all wearing their own Yeezy Season 4, of course, and studiously Snapchatting the whole thing. As for the recognisable faces on the runway, supermodel Chanel Iman closed the show and Sofia Richie – daughter of Lionel Richie – made her catwalk debut in an oversized lime green hoodie.

From Ear Muffs To Gloves, These Accessories Will Keep You Cosy This Winter