LVMH has became the first major luxury goods provider to say the stock market collapse in China over the summer has affected sales, particularly at its flagshipLouis Vuitton brand.

The world’s biggest luxury group, which owns more than 70 brands including the jeweller Bulgari and the fashion labels Fendi and Celine, said on Tuesday that it had seen spending growth rates by Chinese buyers slow down more abroad than at home.

Jean-Jacques Guiony, the chief financial officer, told an investor conference callon third-quarter sales: “The Chinese stock market collapse has taken its toll and we expect this to have an impact only for a few months. 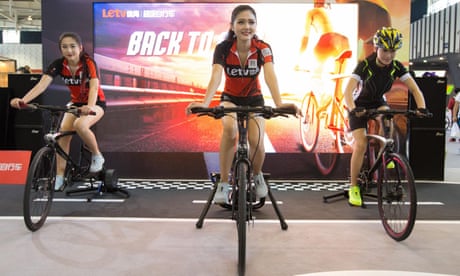 “We are seeing more Chinese tourists but they are spending a little bit less, that is … the growth rate is not as high as it was in the first half.”

LVMH shares fell more than 3% on Tuesday after the Paris-based group said comparable sales growth at its key fashion and leather goods division had slowed more than analysts expected to 3% in the third quarter, down from 10% in the previous three months.

Louis Vuitton accounts for the bulk of the division’s sales and profits, and Guiony said the brand’s growth was “not very far away” from that of the division as a whole during the period.

Chinese consumers, the world’s biggest luxury buyers, have been increasingly shopping abroad to save money. But retailers surveyed by Reuters last month said the stock market collapse had not yet affected revenue.

Guiony said jewellery sales, which represented about a third of the group’s watch and jewellery unit, benefited from strong demand at Bulgari in all regions, and from local consumers as well as tourists.

He forecast that it would take a few seasons to turn around the fashion brands Marc Jacobs and DKNY, which are in the middle of a thorough reorganisation.

More positively, Guiony said cognac and spirits sales to Chinese consumers had rebounded in the third quarter and remained strong in the US, generating a 23% rise in like-for-like sales during the period.

“We are reasonably optimistic that the rest of the year will be better than what we have seen in the first half,” Guiony told investors about cognac sales, adding that the business showed no sign of slowing down in the US.

LVMH reported a 16% increase in total revenues to €8.58bn (£6.4bn) for the third quarter on Monday, as the weak euro and strong sales in its wines and spirits division – home to brands including Moët and Hennessy – more than made up for slower growth in the fashion business.

New cases of HIV rise in Eastern Europe, decline in the West